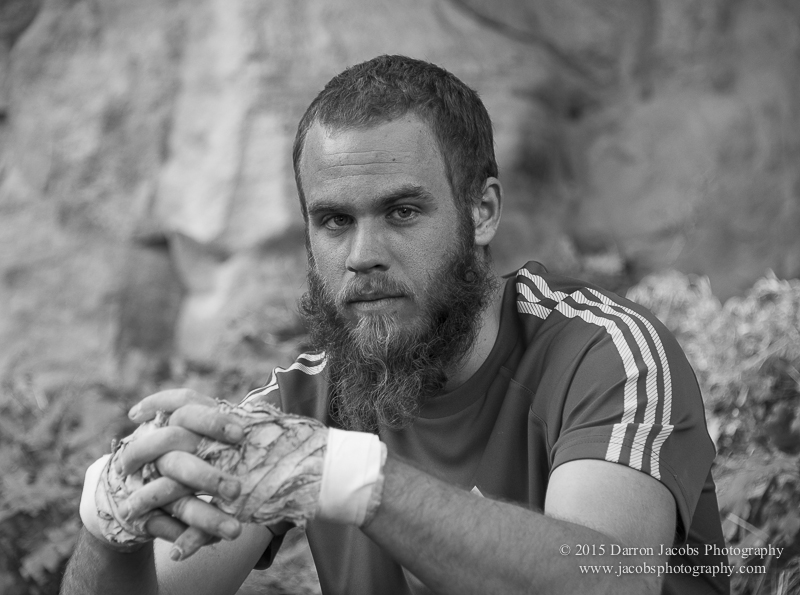 This black and white portrait image of Anthony was featured in the October (Issue # 229) of Rock and Ice magazine under the feature titled "a tale of BIG FISH casting for routes along Colorado's Fryingpan river" by Jeff Jackson. The feature was illustrated by images taken by 15 "apprentice" photographers, including myself, all taken during the 2015 Rock and Ice climbing Camp.